Ascot Racecourse, located in Britain near Windsor Great Park is one of the world’s favourite racecourses, known for the famed Royal Ascot. Queen Anne was first to see the potential of the grounds for racing back in 1711 and now the racecourse boasts 26 days of horse racing action!

Find all the information you need to know about Ascot race events, fixtures and times for Ascot 2022 here with Eventmasters.

In a bid to run for a record £10 million in 2021 – it’s no wonder Royal Ascot is one of the most revered sporting events in the world. Next year, the extravaganza takes place between Tuesday 14th – Saturday 18th June 2021 and there’ll be plenty to savour. Gates open at 10:30am, purchase your tickets now and don’t miss out on the extraordinary five days.

Spearheaded by three Group 1 races, the opening day of Royal Ascot is one of the most thrilling! The Queen arrives at 2pm with other members of the Royal Family in a procession that ends in the lush Parade Ring to open the curtains on what’s set to be five days of spectacular racing at Ascot.

The prestigious Prince of Wales Stakes is the feature race fixture of the day, worth an impressive £1 million pounds alone. The legendary Frankie Dettori and his mount Crystal Ocean stole the show in 2019, who will sprint to glory in 2021?

The day itself is more relaxed in nature but with a prize fund total of just under £2 million on offer, expect Wednesday to pack as much excitement as Tuesday.

One of, if not the most popular day of the five-day meeting is Thursday – Ladies Day and year-on-year Royal Ascot takes the tradition to new heights of elegance and glamour. It also hosts the Racecourse’s oldest race, the Gold Cup which dates back to 1807.

Aidan O’Brien boasts the record for a most successful trainer in the race and Frankie Dettori holds the most wins of any jockey in the race.

With two Group 1 races on the cards in 2021, the penultimate day of Royal Ascot will definitely not disappoint. The Coronation Stakes is globally renowned for putting some of the best three-year-old fillies up against each other, whilst the Commonwealth Cup, which only made its inaugural debut in 2015 has quickly become a must-enter race for sprinters across the world.

The meetings grand finale which features the £1 million Diamond Jubilee Stakes ensures that Royal Ascot ends in spectacular fashion. The Queen Alexandra Stakes closes the curtain on the five-day long event at Ascot, being the longest race of the entire flat racing season it is steeped in history. Saturday certainly offers plenty to excite racegoers.

Saturday 16th October 2021
Often described as the grand finale of the flat racing season, QIPCO British Champions Day attracts some of the world’s finest horses to Ascot. The Group 1 QIPCO Champion Stakes headlines the cards and will again be the most valuable race in Europe! Another three Group 1 races can be enjoyed on British Champions Day, which with a prize pot of £4.2 million on offer also makes it the most valuable race day in Britain during 2021.

Other Racedays at Ascot Racecourse

With Royal Ascot taking place the following month, excitement at Ascot Racecourse hits its peak during this fabulous weekend of racing. So celebrate Bank Holiday the right way on Friday, or make a day of it on Saturday. Also known as Victoria Cup Day, this fixture at Ascot combines the action on track with off-track entertainment from tribute acts and innovative dining experiences.

After the Royal Ascot spectacular comes to another atmospheric meeting, with seven races on the card, Property Raceday is a lovely day to spend with friends and family during the height of British summer. Unfortunately, due to the current Covid-19 pandemic causing complications with events taking place, the property race day 2021 will not occur in its usual form. However, the event will commence as expected in 2020. Details are to be announced soon.

Enjoy live music, free activities and a range of food and drink options alongside an afternoon of thrilling racing action. The Family Enclosure will also be open on Summer Mile race day, a dedicated area with attractions catering to children aged 4-15.

This weekend is slowly becoming a highly recognised and formal event, with ladies now being encouraged to wear hats and dress with sophistication in mind. On the Saturday of the meeting at Ascot, Diamond Day is one of the most glamorous days after the Royal meeting. The Group 1 contest has seen some racing’s marvels, including Enable, Crystal Ocean and Mill Reef.

With six races on the card and a concert with some of the world’s most prominent artists performing, expect Ascot’s Dubai Duty-Free Shergar Cup to be a day packed with fun and excitement. It’s a unique fixture in the racing calendar, which is more reason to add it to your bucket list. Previous artists have included Rita Ora, Example, Tinie Tempah and Jessie J.

Enjoy top-rated flat racing alongside Italian culinary infusions during the two-day event. On Saturday, the event hosts one of the most valuable handicaps in the UK, which is sure to excite avid racing fans.

With over 150 real ales, ciders and perries to taste, this race fixture at Ascot is growing in popularity amongst racegoers and marks the culmination of Ascot’s Flat racing season. The Gin Festival is also upcoming on the 10th of July 2021.

The National Hunt season gets underway at Ascot Racecourse with a magnificent firework display set to start at 6pm. There’ll be seven races on the card during the day, including the Sodexo Gold Cup. Fireworks only tickets are also available for purchase on their site.

Competitive action on the track and festive fever off track. Enjoy Carol singing, mince pies, festive decoration, two Grade 2 races on Friday and one Grade 1 race at Ascot on Saturday. It’s also a significant build-up to the Cheltenham Festival with the most valuable Jumps race at Ascot.

View our guide to travelling to Ascot Racecourse here. 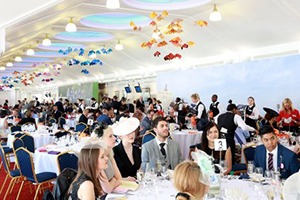 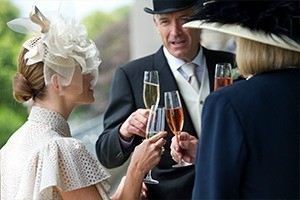 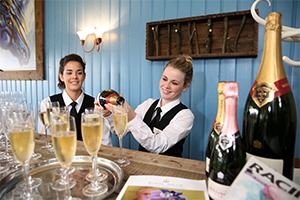 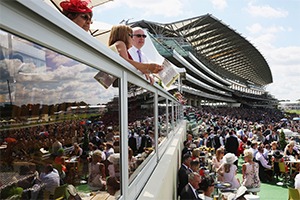