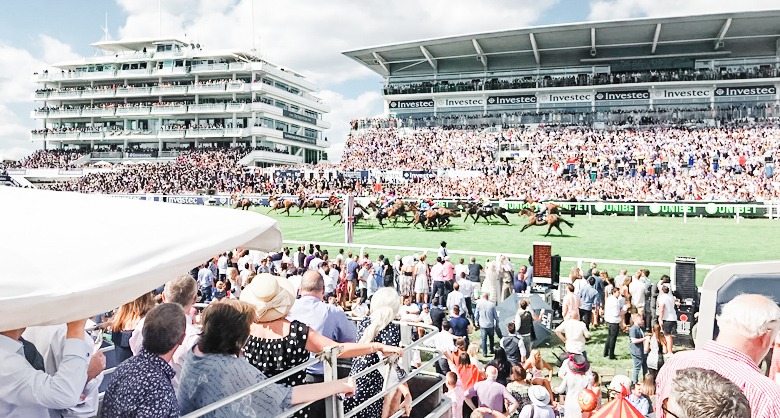 The world-renowned Epsom Derby, or ‘the Derby’, is a race notable for many prominent reasons. It‘s where suffragette Emily Davison brought down the King’s horse in 1913, Britain’s richest horse race and regarded as ‘the greatest flat race in the world’.

Each year thousands flock to Epsom Downs Racecourse in Surrey to witness some of the nation’s most refined and exhilarating horseracing.

The Derby stands as one of the five classic Group 1 horse races run in Britain alongside Epsom Oaks, 2,000 Guineas, 1000 Guineas and St Leger Stakes.

Discover the aristocratic origins of the Derby and some of the most iconic Derby winners over the years.

How old is the Epsom Derby?

The Epsom Derby dates back to 1780, with the 12th Earl of Derby and Sir Charles Bunbury supposedly flipping a coin to determine whether the race would be named Derby or Bunbury Stakes. The ‘Derby’ name has since been adopted by other renowned horse races around the world, most notably the Kentucky Derby in the United States.

Though Bunbury may have lost the coin toss, his name would later be featured the Bunbury Cup at Newmarket.

The Derby first commenced on Thursday 4th May 1780 and was won by a Charles Bunbury owned colt named Diomed, with prize money of £1,065 15s. The race distance began at 1 mile and was eventually amended to 1 and a half miles, which remains the distance today. The Derby tends to be run by three-year-old colts but is also open to fillies.

During its first 50 years, the Epsom Derby thoroughly established itself as a premier racing event, becoming a much-loved day out for Londoners. Derby Day sparked immense excitement throughout the nation, becoming an experience in which both aristocracy and the working class united in the name of horseracing.

Naturally, the Derby is steeped in Royal affiliations. Queen Elizabeth II famously has an extensive passion for horseracing and loves to be in attendance for both the Epsom Derby and Royal Ascot each year. She is yet to produce a Derby winner but has come a close second in previous years.

Those close to The Queen have revealed that an Epsom Derby winner would mean everything to her. Hopefully, next year will deliver a champion for her majesty!

When is the Epsom Derby?

The Epsom Derby opening day has altered numerous times over the years. The Derby initially began running on a Thursday during late May to early June. However, it wasn’t until 1995 that it altered to become the first Saturday in June.

How much is the Epsom Derby worth?

There’s a reason why Epsom Derby is known as Britain’s richest horse race! The prize money stands at £1.5million, with £850,650 awarded to the Derby winner.

Epsom Derby winners through the years

Considering the Epsom Derby has been running since 1780, it’s fair to say that there has been an abundance of notable winners over the years! Here are just a few of them:

Of course, Nijinsky has to be mentioned in an Epsom Derby winners list! 1970 saw Nijinsky make his spectacular Epsom win, having already been victorious at 2000 Guineas at Newmarket Racecourse. Nijinsky eventually won The Triple Crown, the first horse in 35 years to achieve this and a feat which has yet to be repeated.

1981 was the year that jockey Willie Carson believed he could win the Derby for the Queen, riding Church Parade. Sadly, this was not to be as he ended up in fifth place. Instead, the Derby winner was none other than the mighty Shergar! 1981 was a winning year for Shergar, taking the crown at Guardian Newspaper Classic Trial, Chester Vase, Derby Stakes, Irish Sweeps Derby and King George VI and Queen Elizabeth Diamond Stakes.

Galileo secured a triumphant Derby win in 2001, beating rival Golan in what was a nail-biting dual. However, Galileo was full speed ahead, claiming victory by three and a half lengths. The Epsom champion has set a record for the number of Derby winners sired at five.

2007 saw top jockey Frankie Dettori claim his first Epsom Derby win. Authorized took the lead by five lengths and, as you can imagine, the crowd roared with excitement. Dettori experienced victory again in 2015 on Golden Horn, but the first win is always the most meaningful.

Pour Moi’s victory alongside 19-year-old jockey, Mickael Barzalona, really was a standout moment in the Epsom Derby winners timeline. Struggling to take the lead for the majority of the race, Pour Moi miraculously burst forth during the final furlong as Barzalona, stood up in celebration of the win.

The Epsom Derby 2021 will take place between Friday 4th June – Saturday 5th June 2021. The Derby opens with the spectacular Ladies Day which sees both ladies and gentlemen adorn their finest attire in a bid to claim the Style Award. Day two is one of the most anticipated race days within the entire horseracing calendar, Epsom Derby Day.

We cannot wait to return to Epsom Downs Racecourse in 2021 to welcome back our clients to one of the world’s most iconic flat racing events. Want to be part of the action? Head on over to our Epsom Derby hospitality page to view the exquisite hospitality packages we have on offer for this historic meeting. We wouldn’t want you to miss out on one of the most prestigious meetings within the racing calendar!