The world’s most popular sporting event, the Grand National, has so many hidden facts and historical treasures.

We have put together 25 of our favourite facts about the great race:

1839 was the first year to hold a Grand National race. The winning horse was named “Lottery” who won with odds at 5-1.

Red Rum is the most famous horse to date with an unbeatable 3 victories and a further two second place finishes. The treasured horse died in 1995 and was buried at the winning post at Aintree Racecourse.

In 1967 Foinavon won at odds 100-1, making this victory one of the most unforgettable of all time.

The winning time for the first Grand National race was a lengthy 14 minutes and 23 seconds.

A victory that stole many hearts was that of Bob Champion. After recovering from Cancer and despite all the odds he went on to win a race. A movie was then made to capture the inspiring story.

1855 saw a very unlikely turn of events. Sam Darling fell off his horse and was knocked out. The horse coming up behind knocked the jockey in the head which in fact revived him.

Amateur William Dutton won the race in 1929. His friend had told him he would only win if the other horses fell down, which they did! Only one other horse managed to finish the race alongside Dutton.

There are a total of 16 fences on the national course, which are topped with spruce from the Lake District.

The unusual names of the horses are often a combination of their Dam and Sire’s name.

1990 still holds the record for the fastest winning time. Mr Frisk finished the course in an impressive 8 minutes and 47.8 seconds.

An estimated £300 million was spent on gambling and bets for the 2017 Grand National.

Those that live on the roads closest to Aintree racecourse can get free tickets to the event.

An average of 250,000 pints are sold during the three day Grand National festival.

Aintree Racecourse gets its name from a Viking settlement, where all the trees but one fell down.

A huge 3500 lamb rumps are consumed from spectators during the festival.

Katie Walsh is the most famous female jockey with a third place finish in 2012.

Over 600 million people tune in from all over the world to watch the Grand National on TV.

A mammoth 66 horses started the race in 1929 which caused a multitude of issues for both horse and jockey. This lead to the starting number being capped at 40.

Sir Tony McCoy is regarded as horse racing legendary. With 20 races under his belt he is the most experience Grand National rider.

An average of 60% entrants do not finish the race.

The prize money up for grabs is an impressive £1 million.

For the typical April weather, a mammoth 75000 cups of tea and coffee are consumed at the event.

How many of those did you know? It is so interesting to see all the history and fun facts that surround the Grand National. It is no surprise as to why this sporting event is as popular as it is.

The next Grand National will no doubt make its own history. Make unforgettable memories at this great sporting event with Eventmasters. 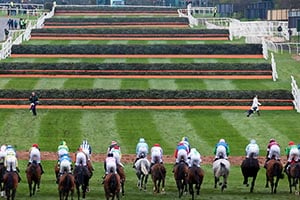 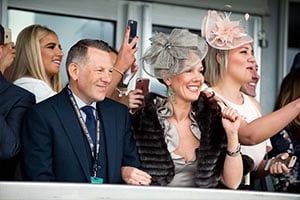 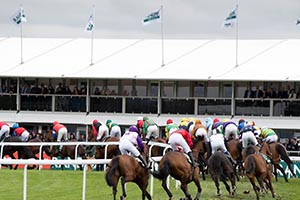