Tottenham Hotspur FC are set to go head-to-head with London rivals Chelsea FC in what is expected to be an intense Premier League 2021/22 matchday at Tottenham Hotspur Stadium. Both English football clubs are holding on to their individual ambitions for a Premier League title race this season, making this a key fixture for both Spurs and the Blues. With pre-season preparations already taking place, this is sure to be a matchday no Spurs fans will want to miss.

As Spurs welcome the Blues for the exciting clash, book your Spurs v Chelsea tickets with Eventmasters to ensure you don’t miss Nuno Espirito Santo‘s side gets stuck in against a London rival. Immerse yourself in the newly renovated Tottenham Hotspur Stadium and enjoy a fine dining experience among other luxuries with Spurs v Chelsea hospitality packages, allowing you to enjoy the game in style!

The two London teams went head-to-head in the 1967 FA Cup Final, otherwise know as the “Cockney Cup Final” at Wembley Stadium, the first-ever feature between the rivals. Spurs dominated the match 2-0 due to top-scoring players Jimmy Greaves and Terry Venables, making Chelsea hit rock bottom. The 90s saw the rise of Chelsea through the honours of two FA Cups and a League Cup for their collection. Chelsea then dominated the early 2000s: Tottenham Hotspur did not defeat the Blues at Stamford Bridge between 1991 to 2018!

This fixture is poised to be an excellent occasion for both supporters who will support their respective teams through and through. Spurs v Chelsea is always an entertaining matchup for neutrals up and down the country too!

Spurs vs Chelsea: The last time they met in the league

Spurs will be looking to redeem themselves from a disappointing matchday as Chelsea saw a victory in their away game at Tottenham Hotspur Stadium last season. Jorginho’s penalty allowed the Blues to take home a derby win. 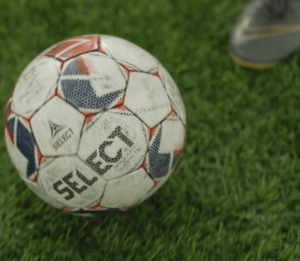 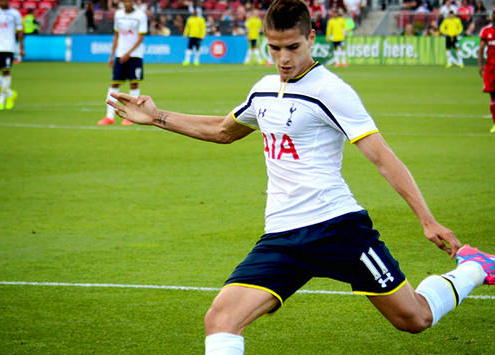 Chelsea beat Tottenham Hotspur 1-0 thanks to Jorginho’s first-half penalty, continuing their undefeated league run under Thomas Tuchel, which is still in place today. With the Blues playing to win, Chelsea commanded the game before half-time as Jorginho, at the 24th minute, shot Chelsea ahead after Timo Werner drew a foul from Eric Dier. After halftime, the Blues continued to dominate the Lilywhites, with Callum Hudson-Odoi shooting wide, Marcos Alonso volleying over, and Hugo Lloris executing a brilliant save from a ferocious Mason Mount’s strike to keep the scoreline down.

Spurs fought back in the closing stages as Carlos Vinicius headed a well-timed cross from Serge Aurier wide. However, this small victory fell short of a celebration as Dier, unfortunately, misinterpreted his target by missing his free-kick, resulting in a third consecutive defeat for Spurs. Jose Mourinho, previous head coach for Spurs, reassured fans that Spurs were the “best team” during the second half of the game, believing that Spurs “deserved better” than they got.

Despite last year’s loss, Tottenham Hotspur fans can look forward to the upcoming Premier League fixture as the Lilywhites are gunning for a home victory for this Premier League campaign. With Nuno Santo now taking Spurs reigns and promising that they will “try to find better solutions”, it is expected to be a comeback to remember for Tottenham Hotspur FC.

Pre-season friendly for The Mind Series

There is no denying that The Mind Series, a mini tournament, was crucial for both Premier League clubs as it would give the young lads a chance to play, try new formations and prepare themselves before the season starts. Before, it would have been expected for Chelsea to boast about their Championship League trophy to fans in front of the Lilywhites; however, this was a friendly.

Stamford Bridge saw a 2-2 draw in front of over 20,000 football fans and supporters. While the home side impressed many during the early proceeding of the pre-season friendly, Pierluigi Gollini made some great saves on his debut for Tottenham Hotspur, showcasing authority, when Lucas Mura pulled it back to a 2-1. However, Spurs player Steven Bergwijin scored an equalizer at 70 minutes.

Nuno Santo reflected on the comeback through his statement of Spurs demonstrating “determination”, “belief”, and “hard work”. With the pre-season friendly preparing Nuno Santo’s side for the upcoming Spurs fixtures, the Premier League season is sure to be entertaining.

In the digital age of social media, it’s easy to get stuck in the rumours and gossip surrounding this year’s Premier League clubs. However, it has been an exciting time for Chelsea as the summer’s window is almost coming to a close, potentially bring new players to Thomas Tuchel’s side.

Belgian footballer, Romelu Lukaku, announced that his preferred club is Chelsea. Lukaku has now secured his return to the Bridge, to the excitement of the fans.

Will Romelu Lukaku be able to score against Spurs at their home ground?

Although Chelsea remains the title holders of the 2020/21 UEFA Championship League, will Spurs take home the title of the 2021/22 Premier League champions?

Harry Kane, a Spurs fan’s favourite, is predicted to win the Premier League Golden Boot – if he is to stay at Tottenham Hotspur FC. With Tottenham, he is the main man and plays for every minute of the match; there is no doubt that his appearance would make Tottenham Hotspur Stadium roar with excitement. This is the time for Spurs to come back from the 7th league position and challenge for the top four, if not the title.

Tottenham Hotspur v Chelsea is the perfect fixture to watch if you are looking for an intense atmosphere, drama and brilliant performances from Spurs players. 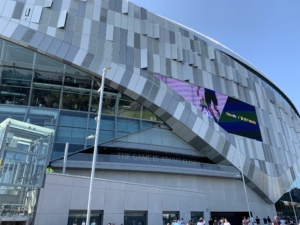