Home » Hotels Near Stamford Bridge: Where to Stay?

Stamford Bridge Stadium is undoubtedly one of the busiest stadiums with the best atmosphere in the UK. Given that Chelsea FC fans reside all over the country, those travelling to Stamford Bridge from afar might need to book accommodation.

Lux Apartments in Fulham by Dino

The Lux Apartment in Fulham by Dino is only 350 yards from Stamford Bridge Stadium. It’s an excellent location for fans who are after that added luxury when visiting Chelsea Football Club during the 2021/22 Premier League season. The underground is just a 2-minute walk from the apartment – making it the perfect destination for families and those who want a short commute to Stamford Bridge. Meanwhile, West Brompton train station is just an 18-minute walk away!  When arriving at the hotel, guests will be treated to a VIP experience; the apartment package will include:

Reviews of this package on Booking.com suggest that the photos don’t lie! The apartment has been described as “fabulous”, with a score of 8.9 out of 10. So, if you fancy the Lux Apartment, why not book Chelsea FC home tickets and hospitality packages with Eventmasters and enjoy the Premier League 2021/22 season in complete luxury. 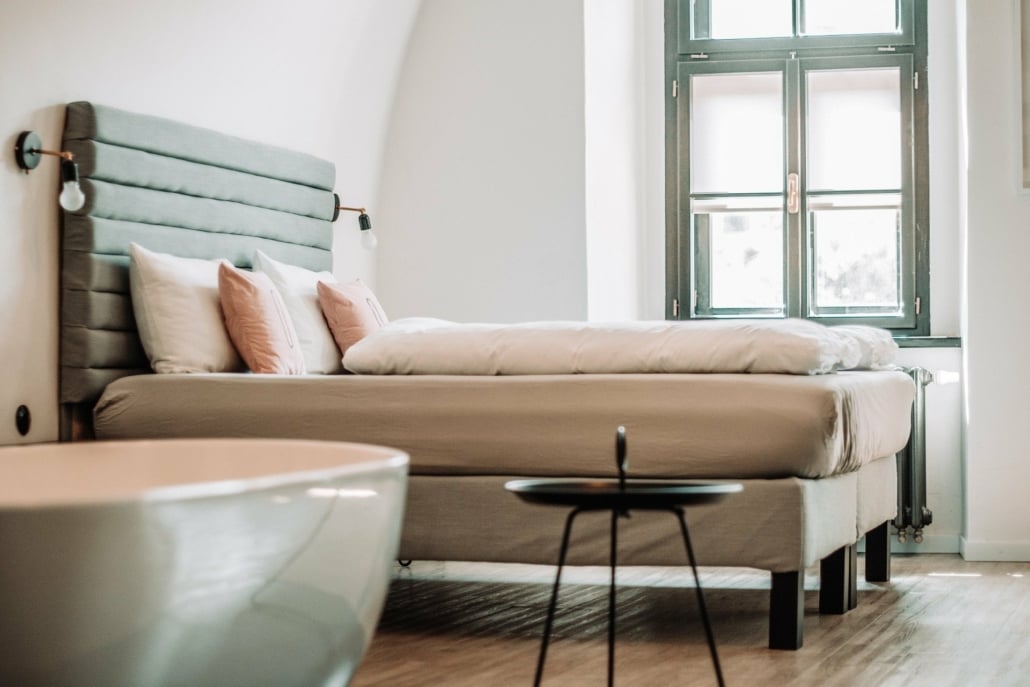 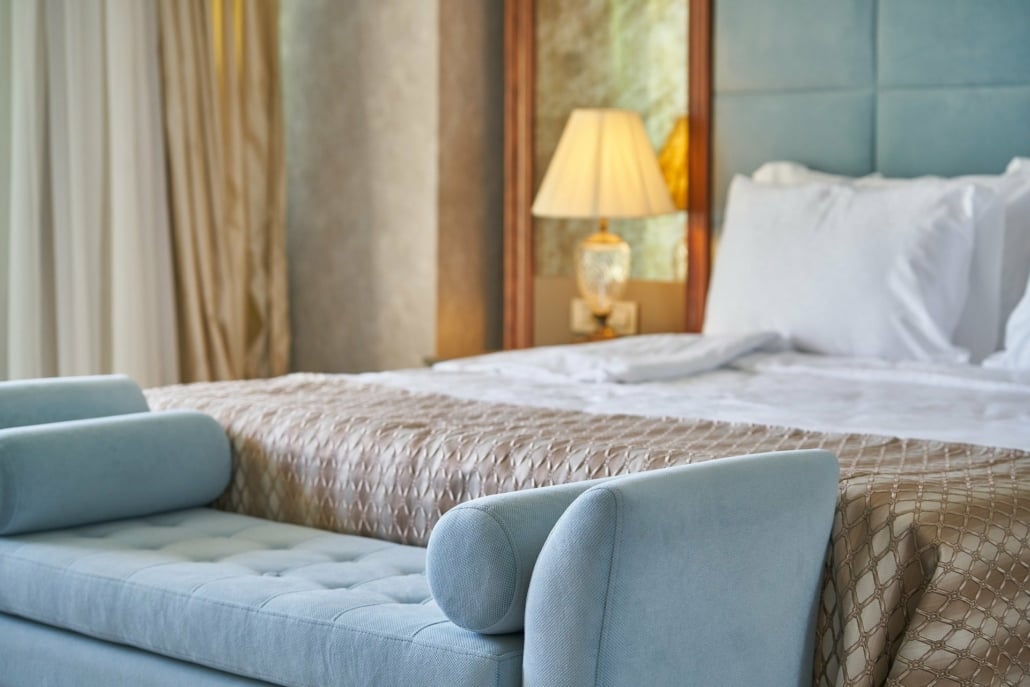 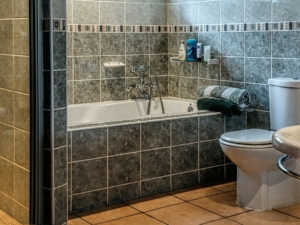 Guests at the Blackbird Hotel are provided with a TV and private bathrooms, including a hairdryer, shower and complimentary toiletries. Guests can also take advantage of a full English or Irish breakfast, which would be great for those football fans who may have had one too many drinks the night before.

If this hotel package is ideal for you, don’t hesitate to book your official Chelsea FC tickets and hospitality packages with Eventmasters. The Blackbird Hotel has been rated four stars and is said to be situated in a beautiful location, with Hyde Park just a 27-minute walk away. Previous visitors commented that their stay at the Blackbird Hotel was “exceptional”, with a score of 9.6 out of 10 on Booking.com!

Georgiana’s Guesthouse is 0.5 miles from Stamford Bridge Stadium, making it an excellent option for Chelsea FC fans who enjoy being part of all the action. The hotel package includes:

Chelsea fans can expect a wonderful stay at Georgiana’s Guesthouse with its four-star rating, which also ranks exceptionally for cleanliness. Getting to Stamford Bridge wouldn’t be a challenge for anyone staying in this particular hotel as there are multiple methods of transport nearby, including train, bus and the underground. It is also just a twelve-minute walk to Stamford Bridge!

Previous customers noted that their stay at Georgiana’s was ‘superb’, with the Guesthouse scoring 9.4 out of 10 on Booking.com! If you can’t wait for the Premier League 2021/22 season to begin, secure your Chelsea hospitality packages and tickets with Eventmasters.

If you’re looking for a hotel that provides easy access to Stamford Bridge Stadium, look no further than Hereford House.

Hereford House is just a five-minute walk from Stamford Bridge stadium – the ideal location for Chelsea football club fans!  Please be aware that the Hereford House only offers one-bedroom apartments. The room includes:

As the apartment is 500 yards from the Metro Station, guests have easy access to places in the surrounding area, such as the Olympia Exhibition Centre and the Royal Albert Hall. Hereford House is also a four-star rated apartment; what more could any Chelsea FC fan want?

Previous customers described their stay at Hereford House as ‘superb’, stating that they would “love to book again in the future.” Hereford House was recently rated as a ‘Top Location in Chelsea,’ achieving a score of 9.2 out of 10 on Booking.com!

Kings Road Apartment is an excellent place to stay if you are an individual who enjoys being close to all of the action! Kings Road Apartment is just 0.7 miles from Stamford Bridge and 550 yards from the metro station, meaning that getting to Stamford Bridge would be no problem for Chelsea Fans. The apartment package includes a flat-screen tv and private bathroom (which has a hairdryer, hot tub, shower, and bath included). The aparthotel also offers hot tubs where guests can enjoy a relaxing evening after a day of action at Stamford Bridge!

Guests who have visited the Kings Road Apartment rated it 9.2 out of 10! According to Booking.com, customers that have stayed in Kings Road apartment would highly recommend the aparthotel, describing their stay as ‘fabulous’.

The Millennium & Copthorne Hotel at Stamford Bridge places guests at the heart of all the football action. This hotel is ideal for any Chelsea FC fan that wants easy access to inside Stamford Bridge and enjoys a roaring atmosphere. Within this hotel, there are two restaurants, including Frankie’s Sports Bar and Grill. The hotel room includes:

There are several methods of transport near to the hotel, including the tube and buses, providing access to Central London and South Kensington. Tourist attractions surrounding the hotel consist of the Natural History Museum and the Victoria and Albert Museum, which is only a 25-minute walk away. Previous visitors have reviewed their stay at the Millennium & Copthorne Hotel as ‘very good’, noting that the hotel ‘exceeded’ their expectations!

These are just a few hotel/apartment suggestions suitable for Chelsea FC fans. Before purchasing any overnight stays, make sure you have done your research on where to stay; otherwise, you won’t be able to enjoy all the fun and action at Stamford Bridge for the Premier League season! 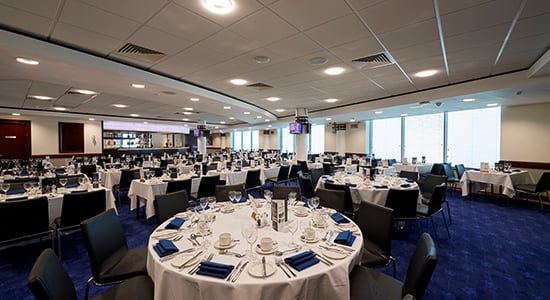 Tore Andre Flow, one of the Chelsea FC ambassadors, made his mark for the Blues after scoring 50 goals in 163 appearances – including his stunning hat-trick at White Hart Lane, that helped Chelsea secure a 6-1 victory over Tottenham Hotspur.