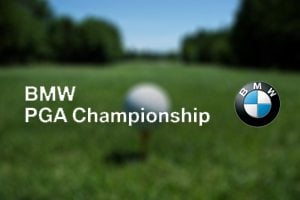 The BMW PGA Championship signifies one of the most exciting tournaments on the European Tour and you can entertain your valued guests in style at the Wentworth Golf Club with our fabulous corporate hospitality packages. Stunning views of the course coupled with first-class hospitality combine to provide an unforgettable day in the sun.

The illustrious BMW PGA Championship was founded in 1955 by the Professional Golfers’ Association.

Originally named the British PGA Championship, the famed tournament has since been the subject of several high profile sponsorship deals hence the change the name has been changed progressively throughout.

The contest traditionally commenced annually in May over the West Course at the stunning Wentworth Golf Club in Virginia Water, Surrey, on the south western fringes of London, not far from Windsor Castle. Since the US PGA major moved back to May, the BMW PGA has moved to later on in the year. Once upon a time it rotated its play across several of Britain’s finest courses, Wentworth being among them, but in 1984 it returned to the West and has remained there to this day.

The PGA European Tour is headquartered at the club and as the tour’s home tournament, it is widely considered to be one of the leading social and sporting events in the calendar. The winner of the Championship is given an exemption into the season’s upcoming U.S. Open and the subsequent Open Championships.

The competition boasts a number of distinguished winners including Tony Jacklin, Seve Ballesteros, Nick Faldo, Bernhard Langer, Ian Woosnam and Jose Maria Olazabal. In 2000, Colin Montgomerie became the only player to win three years successively, whilst former World No.1 Luke Donald achieved a rare double with back-to-back wins in 2011 and 2012.

The club is owned by the Beijing-based Reignwood Group who purchased the famed premises in 2014.

But it all dates back to 19th century house the “Wentworths” (now the dedicated clubhouse), then home to the brother-in-law of the Duke of Wellington, complete with beautiful surroundings and vast land.

Wentworth’s rich heritage is a tribute to the unequivocal talent and vision put forward by several generations of extraordinary men and women.

Were it not for developer Walter George Tarrant and golf course architect, Harry Colt, Wentworth would not exist today. Tarrant saw the development potential of the site and possessed the skills and the business acumen to make his vision a reality.

Meanwhile, Colt was tasked with creating two fully-fledged golf courses in the wooded, heath-land setting, first the East and three years later the West. The Wentworth Estate was born; a sanctuary of handsome homes, peaceful lanes and championship golf courses, all within touching distance of London. The world-renowned Wentworth Club was finally open for business.

For the hospitality lovers among us a clubhouse with restaurants, bars, private meeting and dining rooms for up to 300 guests, bedroom accommodation and a comprehensive Professional Shop and locker rooms are all available for use.

There is certainly something for everyone to enjoy.

The Ryder Cup also boasts links to the distinguished Club. The Roaring 20s were in full swing when Walter Hagen claimed he was bringing “the most powerful team who ever left New York” over to Wentworth for a team match between British and American professionals.

Hagen’s team took a beating that day, but the result of the 1926 encounter was immaterial. The occasion saw such such resounding success that Samuel Ryder, who provided the trophy, stated his intent on making the fixture permanent. Hence the Ryder Cup was born.

When it returned to Wentworth in 1953, it was the Americans who triumphed despite their star player Ben Hogan absent from play.

The Ryder Cup has been instrumental in placing Wentworth on the global map of tournament golf; it proudly remains there to this day.