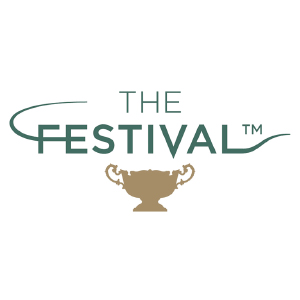 Eventmasters are Official Hospitality Providers (OHS) directly appointed by Cheltenham Racecourse owned by the Jockey Club and as such are renowned for providing the very best in corporate entertainment. Our flagship facility, the Silks Restaurant offers guests the chance to rub shoulders with legendary guests such as Nico de Boinville! For an ultimate VIP experience, look no further than our prestigious Grandstand Private Box, guaranteed to offer you and your guests a horse racing experience like no other.

The opening of the Cheltenham Festival is Champion Day, and arguably one of the best days of the whole year. There are four Grade One contests including the Champion Hurdle – one of the biggest races of the season.

The meeting opens with the Supreme Novices’ Hurdle and the atmosphere is amazing as the famous ‘Cheltenham roar’ echoes from the stands. The race starts the four-day bonanza and makes it a hard event to miss with our fantastic Cheltenham Festival tickets and hospitality packages. It is always a fascinating contest and has been won in recent years by the likes of Vautour, Douvan and Brave Inca.

But the undisputed feature of the day is the Champion Hurdle. The premier two-mile has been won by legends like Istabraq, Hurricane Fly Sea Pigeon and Buveur D’Air. In 2020, the title was taken by Epatante, giving Nicky Henderson his eighth win in the Cheltenham race.

The other major Cheltenham races on opening day include The Arkle Challenge Trophy and The Mares’ Hurdle.

The main event of Ladies Day is the Queen Mother Champion Chase. It’s run at a good pace with horses requiring both speed and great jumping ability. The list of winners includes Master Minded, Sprinter Sacre and Flyingbolt. These are some of the greatest horses in the history of this division so getting your hospitality packages and Cheltenham races tickets is a must!

They say that the best horses never come back from injury, but they aren’t all Sprinter Sacre. The 10-year-old rolled back the years to take the Queen Mother Champion Chase for a second time. After being written-off just 12-months earlier, this victory meant there wasn’t a dry eye in the house.

The Ballymore Novices’ Hurdle is the race where so many champions make their mark. The Grade One event has been won by the likes of Istabraq, Faugheen, Hardy Eustace and Simonsig.

Other majors on the Cheltenham Ladies Day include the Brown Advisory Novices' Chase (formerly the RSA Chase), The Coral Cup, and The Champion Bumper.

Expect the Guinness to flow as we celebrate Cheltenham St Patricks Day with our Irish neighbours. This day has a fantastic atmosphere and makes for a very special day at the races.

The Stayers’ Hurdle is a true test of stamina for three-mile hurdlers. The hurdle has been the scene of several history-making performances. Inglis Drever became the first three-time winner of the race in 2008. Big Bucks crushed that record by winning in four consecutive Stayers' Hurdles.

Aidan Coleman on Paisley Park stunned the masses in the Stayers’ Hurdle at the 2019 Cheltenham Festival. It was a fairy tale win for the pair who had been stuck in traffic for much of the race. 2020 saw, however, saw a surprise win by Lisnagar Oscar, following a misstep by Paisley Park.

The Ryanair Chase is another superb Grade One contest and was introduced to The Festival in 2005. It has been won by popular horses such as Cue Card, Albertas Run and Imperial Commander.

Other fantastic contests on day three include The Novices’ Chase, Novices´ Hurdle and Fulke Walwyn Kim Muir Challenge Cup. This is a perfect day to experience a great atmosphere with our VIP hospitality and tickets.

The final day of the meeting is Cheltenham Gold Cup Day and it’s one of the biggest events in racing today. The feature race will be the Boodles Cheltenham Gold Cup, formerly known as the Magners Gold Cup. This is always the premier race at the Cheltenham Festival and the most prestigious chase in the world.

So many horse racing icons have cemented their legacy in this endurance test. Best Mate, Kauto Star and Arkle were all winners of the race highlighting the class of the contest. In 2018 Native River broke his Cheltenham Festival duck as he romped to victory. He was the hot favourite in 2019 too but was beaten 3 lengths by Al Boum Photo to give Willie Mullins his first Gold Cup victory. 2020 also saw Al Boum Photo take the crown once again.

The Triumph Hurdle is the opening race of the Cheltenham Festival Gold Cup Day. The hurdle is the biggest race of the season for juveniles. That is followed by The County Hurdle, Martin Pipe Handicap Hurdle and The Grand Annual Chase.

Don’t miss out on any races at Cheltenham – book our fantastic Cheltenham Gold Cup hospitality packages and tickets now before they’re all gone!

When is the Cheltenham Festival 2023?

Cheltenham Festival will run between Tuesday 14th March and Friday 17th March in 2023.

Cheltenham Champion Day is the first event of the Cheltenham Festival Meeting. It will be held on Tuesday 14th March 2023. The first race will begin at 13:30 pm.

Cheltenham Ladies Day is a highlight of the Cheltenham Festival and is held on Wednesday 15th March 2023. The first race kicks off at 13:30 pm.

Irish racegoers will descend in their thousands for the third day of the festival on Thursday 16th March 2023. Racing on Cheltenham St Patricks Day will kick off at 13:30 pm.

What are the Cheltenham Festival 2023 Race Times?

On all four days of the Cheltenham Festival, racing begins at 13:30 in the afternoon.

Gates to Cheltenham Racecourse open at 10:30 am.

What is the dress code for the Cheltenham Festival?

Your visit to the Cheltenham Festival does not need to be all top hats, monocles and diamond-encrusted gloves.

As the weather can so easily change, we advise that you dress accordingly. At the Cheltenham Festival, ladies tend to wear hats and smart dresses, but with the weather more in mind than the highest of fashion.

Do you have any deals on for Cheltenham Festival 2023?

Our VIP tickets and corporate hospitality packages always offer great value for money ensuring you and your guests have an experience worth savouring.

While we don't offer ticket-only options, we put first-class hospitality at the heart of everything we do. There is no better way to experience the Cheltenham Festival than with Eventmasters.

How can I get Cheltenham Festival Tickets?

How do I book a hospitality package for Cheltenham Festival?

To book a Cheltenham Festival Hospitality package check out the packages associated with the specific events above or call our team on: 0121 233 6500

Can I book a private box at Cheltenham Festival?

Yes, you can! Private Boxes are a great way to enjoy a Cheltenham Festival racing experience in enviable style. Take a look at what is on offer for 2023 and call us to book your Private Box hospitality today on 0121 233 6500.

There is plenty for you and your clients to enjoy with our corporate hospitality packages. Features include private dining, panoramic afternoon tea, a champagne reception and complimentary bars alongside unmissable panoramic views. Plus much much more!

Check out what our Cheltenham corporate hospitality packages include as well as availability below:

Which day is Ladies Day at Cheltenham?

Ladies Day is a second day of the Cheltenham Festival and is happening on 15th March 2023.

Do I have to bet to attend The Cheltenham Festival?

Not at all! As much as The Cheltenham Festival is a great sporting event and a must for punters, it is also a fabulous social occasion.

Owners can attend Cheltenham Festival and other Jockey Club racecourses. There are no social distancing rules in place and access to the paddock will also be granted. View further information about Cheltenham Owners and Trainers here.

Do I have to download tickets for the Cheltenham Festival?