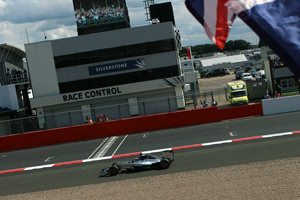 Entertain your valued and important clients at the world’s biggest races with our official motor sport hospitality packages in 2022.

Motor sport hospitality packages combine the adrenaline-charged action of Formula 1 racing with fine dining and outstanding corporate hospitality. While the Goodwood Revival allows guests the chance to soak up the brilliant atmosphere and see some of the most glamorous and historic cars in the world.

This year, Eventmasters are delighted to provide the very best official hospitality packages for events such as the British Grand Prix, the Monaco Grand Prix and the Goodwood Revival.

The British Grand Prix at Silverstone is the biggest event in British motorsport; you can experience it in luxurious VIP style with our wide range of motorsport hospitality packages. The race was originally held at Brooklands but was moved to Silverstone in 1948, but has been held at other tracks such as Brands Hatch and Aintree.

But Silverstone is, without doubt, the home of the British Grand Prix and has been won three times in the last eight years by British World Champion, Lewis Hamilton. The track features some of the most iconic straights and corners in Formula 1 including Stowe Corner, Becketts Corner and Hangar Straight.

Don’t miss your chance to be part of one of the biggest and most popular races on the FIA World Championship calendar with our fantastic Silverstone hospitality packages which include fantastic facilities such as Drivers Lounge and the Lakeside Terrace.

This year, the Monaco Grand Prix will again be one of the most glamorous and sought after events in the sporting calendar. The Monaco Grand Prix is synonymous with style, speed, glamour and is regularly attended by some of the worlds biggest celebrities.

Looking round Monaco it isn’t hard to see why the event is so popular. The picturesque setting provides the perfect backdrop to the thrilling, tight turning action that the unique street circuit provides.

Monaco Grand Prix hospitality packages allow you to experience all the glitz and glamour of Formula 1’s most prestigious race. Enjoy outstanding views of the first corner from the 7th floor of the Ermanno Palace, along with panoramic views of the track and finishing straight. This package really is the only way to see the Monaco Grand Prix.

The Goodwood Revival is one of the biggest events in British Motor Sport and is a perfect chance to entertain your important clients and guests in a charming and luxurious setting.

The classic Goodwood Motor Circuit hosts three days of nostalgic wheel-to-wheel action featuring some of the most historic cars on the planet. Travelling back in time to the 1940’s, 50’s and 60’s and enjoy the unbelievable atmosphere created at this event in stunning VIP style.

The Goodwood Revival hospitality package is a must for any fan of classic motor racing and provides an unforgettable day.

Don’t miss out on any of our fantastic motor sport hospitality packages!

Someone on our Silvertone team is ready to help you plan your day at Silvertone 2022 - Complete this contact form and one of our Silverstone Specialists will be in contact shortly.
Scroll to top