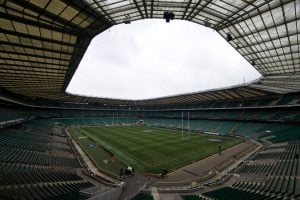 Known as ‘The Home of Rugby Union’ Twickenham Stadium is the one of the most iconic venues in the sport.  Over the years the stadium has undergone massive changes, including the recent redevelopment of the famous East Stand and it now holds 82,000 fans making it the world’s largest dedicated rugby union stadium.

It has hosted the biggest matches in the sport including the 1991 and 2015 World Cup Finals and five European Champions Cup Finals: 2000, 2004, 2007, 2012 and 2015. The unrivalled history and unique atmosphere at this world-renowned stadium make it a must-visit ground for any rugby fan.

Experience the electrifying atmosphere of international rugby at the world’s finest test match arena alongside a VIP hospitality package.  There really isn’t anywhere in the rugby world like Twickenham. From the national anthem to the roar of the crowd and the sound of Swing Low echoing around the packed stands – the experience is truly special one.