Eventmasters are delighted to offer a wide range of VIP & Corporate Hospitality Packages for major sporting events in 2021/2022.

As Everton have remained in the top tier of British football since 1954, the stadium has hosted more top-flight football matches than any other stadium in the UK.

Fans can look forward to a matchday experience like no other with VIP and hospitality tickets for the Premier League, UEFA Super Cup and other exciting events with Eventmasters at Goodison Park.

Eventmasters are delighted to offer outstanding hospitality at Goodison Park. For further information on what we have available, please click the hospitality button below. 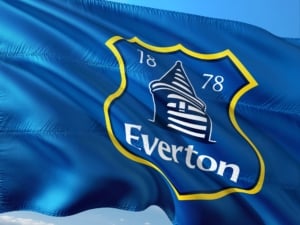 We are happy to introduce our Official Everton Hospitality Package for the 2021/22 Premier League season.

At Goodison Park, the Premier League season is like no other. We ensure that the Everton Hospitality Package will provide all of our clients and guests with complete satisfaction… beyond basic expectations.

Before the days of Goodison Park, Everton first called Stanley Park their home. Their first game here was played in 1879. Over the years, the team grew hugely in popularity which resulted in them eventually outgrowing the venue. The team were forced to seek out a new venue and eventually settled at Anfield Road. This was a more substantial location that contained proper covered stands. They played here between the years 1884 and 1892. However, there was some conflict here over the years, one of them being rent prices. This resulted in Everton eventually being expelled from the grounds, which led to their move to the beloved Goodison Park.

Goodison Park was a significant stadium at the time as it was England’s first purpose-built football ground, with stands on three sides. Upon its opening in 1892, 12,000 people flocked to the stadium to watch the opening event which consisted of athletics, followed by music and fireworks. The first football game was played against Bolton Wanderers where they won 4-2.

The stadium has undergone many developments over the years, including the demolishing of the Goodison Road stand in 1969. At the time, many people thought the upgrade was unnecessary but just goes to show how concerned the stadium was with being a top of the range venue.

The further renovation took place in the 1990s following the Taylor Report. Due to the Hillsborough disaster, all stadiums were to become fully seated. Work had to be undertaken to ensure that three out of the four sides were amended from standing to seated.

Goodison Park stadium has a capacity of 39,572 seats. Within the stadium, there are four separate stands which consist of The Goodison Road Stand, Gwladys Street Stand, Bullens Road Stand and The Park End Stand.

The Goodison Road Stand is a double-decker stand that consists of two tiers in the bottom area. Each level of the stand is given its own name. The middle section is known as the Main Stand, this section is close to another deck which is known as the Family Enclosure.

At the north end of Goodison Park (behind the goalposts), the Gwladys Street Stand is divided into a lower stand and an upper stand. This area of the stadium is known to be the most ‘popular, mainly due to the fact that this is where most of the loud and boisterous home supporters stay.

Whilst not only providing an outstanding experience of Premier League football fixtures, Goodison Park is also used for many other types of events too! From boxing matches to wedding venues and even in the past, has been an area where the ashes of a fan could have been scattered.

Such an outstanding venue demands outstanding hospitality services, and Goodison Park does more than tick that box. Combining prime location seats with splendid views alongside exquisite dining and VIP service, Goodison Park is not a venue to be overlooked.

Secure your hospitality packages and tickets today for all the latest Goodison Park events with Eventmasters.

And, for the latest news and updates, see our Goodison Park news page.